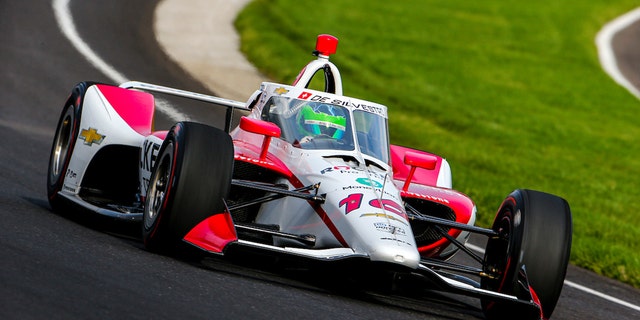 De Silvestro won’t be at the season-opener at Barber Motorsports Park. She’s only competing in the 500 this year, but that one race will carry even more significance than usual. She’ll be driving for a new team, Paretta Autosport, that’s aiming to the first run by a woman, with a female driver and mostly female crew to compete in The Greatest Spectacle in Racing.

Team principal Beth Paretta is a longtime motorsports executive who was the director of Fiat-Chrysler’s SRT Motorsports division when Dodge won its last NASCAR Cup Series championship season in 2012. She’s been trying for several years to put together a program like this to help promote women in racing and S.T.E.M. education for girls and has forged a partnership with Team Penske to make it happen, with sponsorship from Rocket Pro TPO and MoneyLion.

“I think it’s an amazing opportunity for myself and the other women that are going to be involved,” de Silvestro said.

The 32-year-old has three top-20 finishes in five starts at the speedway, but says the Penske relationship is huge.

“As a driver, this is something that you kind of dream of,” she said.

Last year’s race was the first Indy 500 since 1999 that didn’t have a female driver in the field and de Silvestro is the only entry so far this year, which should shine an even brighter light on her team’s efforts.

“The goal is really to make this team bigger and to create even more opportunities out there.”