SpaceX Crew-2 flight delayed to Friday due to weather

The delay, NASA explained in a release, is due to unfavorable weather conditionsa> that were forecast along the flight path for Thursday.< is anticipated to dock at the space station at around 5:10 a.m. ET on Saturday. 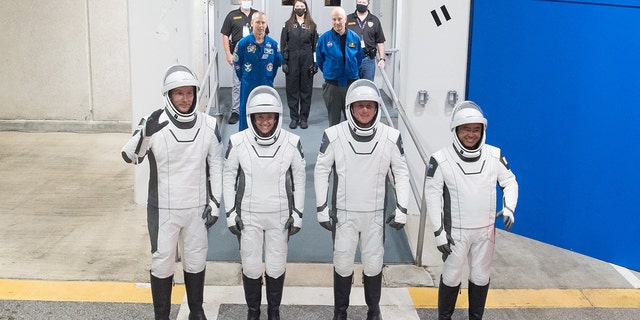 On Wednesday at NASA’s SpaceX Crew-2 administrator briefing, Kennedy Space Center Director Bob Cabana explained that they were “worried” about downrange winds and wave heights in case of an “abort” mission.

“It’s going to be absolutely beautiful on Friday morning and we’re gonna come out and do it again,” he said.

Their journey aboard the ISS is slated to last for six months.

“As Bob mentioned, we’ve got some inclement weather offshore. Unlike a robotic mission where we just really need to focus on weather here at the launch site, for a crewed mission we need to look downrange and make sure our weather’s good for a potential launch escape and recovery of the crew,” Jurczyk remarked. ” And so, we’ll be scheduled to go on Friday.”

Jurczyk said he met with the crew members on Tuesday night and they are “ready to go.”

“I could not be more proud of the Commerical Crew program and the SpaceX team and the NASA team. And, what they’ve been able to do to enable reliable, safe, effective transportation to and from [the] station,” he concluded. “Third launch in less than a year. Demo-2, Crew-1 and now Crew-2 and looking forward to a great launch on Friday and bringing Crew-1 home next week.”

Coverage of prelaunch activities, the launch and docking will air live on NASA Television and the agency’s app and website.