Test drive: The 2021 Dodge Durango SRT Hellcat is the most powerful SUV ever

Now this is a Duran-go.

The 2021 make Durango SRT Hellcat is the most powerful SUV in the world, courtesy of the latest installment of the saga of American Stellantis’ Hellcat 6.2-liter Supercharged V8. 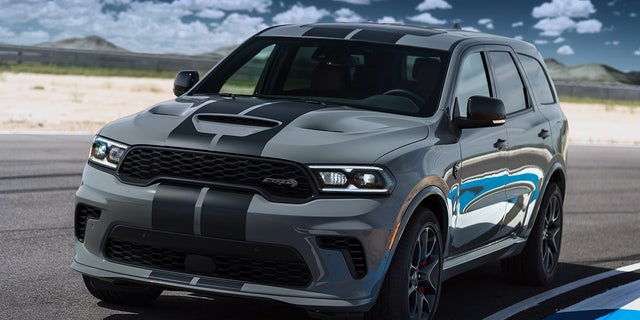 The monster motor debuted in the Dodge Challenger coupe in 2015, migrated to the Dodge Charger sedan, made an odd turn into the Jeep Grand Cherokee Trackhawk and recently invaded the engine bay of the Ram 1500 TRX. It was only a matter of time before it ended up in the Durango, which has always been the most muscle car-y of SUVs.

The current Durango generation has been on sale for over a decade and the entire lineup gets refreshed for 2021, notably in the cabin which features a dashboard inspired by the ones in the Challenger and Charger. 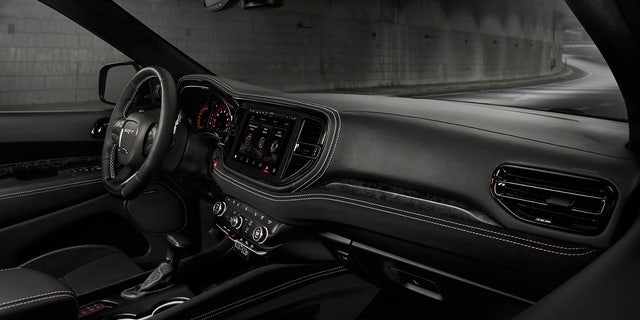 The Durango SRT Hellcat also gets a set of very deep front buckets and standard seven-passenger seating. A second-row center console is available, as is a “lightweight performance package” that deletes the third row in a vainglorious attempt to make a significant impact on the 5,700-pound SUV’s tonnage.

Fire up the V8 and prepare to raise the ire of your neighbors. It growls and burbles like a drag car waiting for the lights to go green. Things only get worse for everyone when you hit the gas.

Even at light throttle the supercharger winds up like an air raid siren and when you really get on it I’m pretty sure the scream it belts out leaves broken wine glasses in its wake. 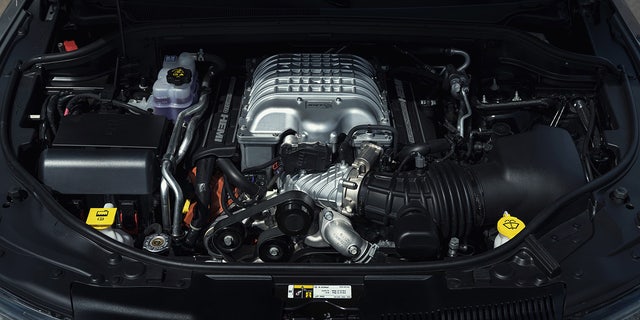 The Dodge Durango SRT Hellcat is powered by a supercharged 6.2-liter V8
(Dodge)

The engine is rated a 710 hp and 645 lb-ft of torque in the Durango SRT Hellcat and sends it to the ground through all four wheels. With launch control — a simple hold the brake, floor the gas, let go of the brake and hold onto your lunch affair – all that traction helps it reach 60 mph in 3.5 seconds and cover a quarter-mile in 11.5 seconds according to NHRA-certified testing. Stay on it long enough and it’ll hit 180 mph, which should come in handy if your kid’s middle school is off the Autobahn.

Sound good? Well, unless you’re one of the 2,000 or so people who’ve already have a confirmed order one of these, you’re out of luck. That’s all that Dodge is going to make and they’re all spoken for at a starting price of $82,490. 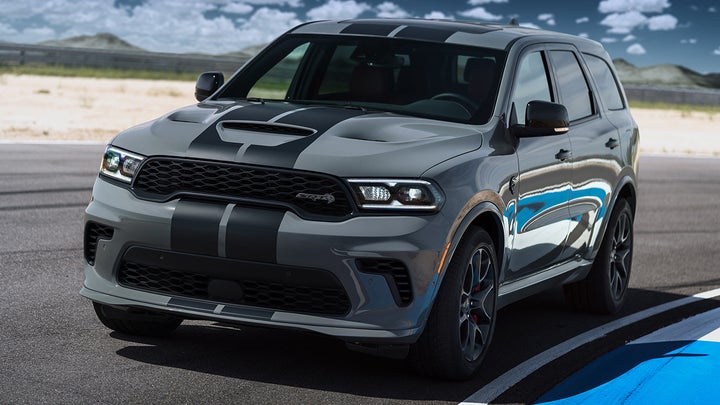 Apparently, this engine/vehicle combination won’t be able to meet the more stringent emissions standards coming next year and an all-new Grand Cherokee is also on the way for 2022, so it’s likely the Trackhawk will be following the Durango SRT Hellcat into the great beyond, but the engine will live on in the Challenger, Charger and TRX for a while yet.

It makes a lot more sense in all of those, which can actually put the power to good use on the track or off-road, but claiming the most powerful SUV title on the way out the door isn’t a bad way to go.