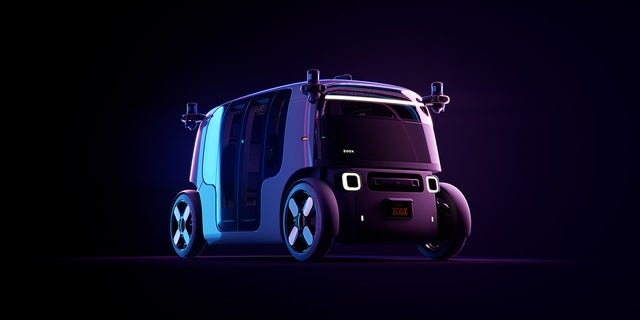 The self-driving electric four-passenger taxi has been designed for use in a ride-hailing service with sliding doors, center-facing seats for easy access. It doesn’t have a steering wheel or pedals for a driver.

The vehicle is similar in concept to the General Motors-owned six-passenger Cruise Origin that debuted in January, but is narrower and about three feet shorter in length at under 12 feet. 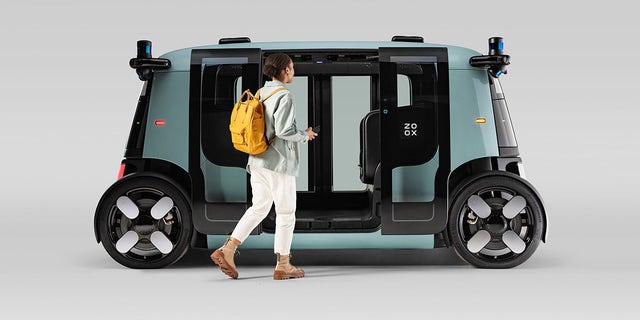 Zoox was founded in 2014 and purchased by Amazon earlier this year. The company is currently testing its technology installed in other vehicles on Las Vegas, San Francisco and Foster City, Calif., streets while the new vehicle will be thoroughly evaluated on private property before it moves to public roads for further evaluation. 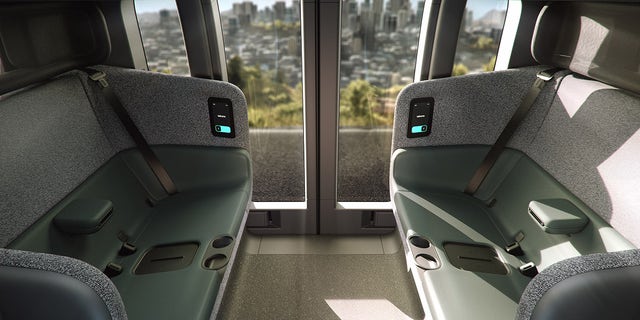 The purpose-built vehicle features four-wheel-steering and can be driven in either direction at speeds up to 75 mph. It is equipped with a 133-kwh-battery pack that the company says can provide up to 16 hours of continual operation between charges.

The vehicle has seatbelts and a unique airbag system engineered to meet the National Highway Traffic Safety Administration’s five-star crash safety standards for all seating positions, which each have cupholders and wireless charging pads for mobile devices.

Zoox has not said when its ride-hailing service will be operational. Rival Waymo is currently offering limited rides in its prototype Chrysler Minivans without a backup driver in the Phoenix area and Cruise has started testing vehicles without a human in the driver’s seat on the streets of San Francisco, but is not yet offering rides to passengers.

Along with its purchase of Zoox, for which it reportedly paid over $1 billion, Amazon has also invested several hundred million dollars in electric truck startup Rivian for it to develop an electric delivery van that’s expected to enter production next year.