Dozens of House Democrats facing tough races in elections” target=”_blank”>2022 < leadership PAC, a move that may cause headaches for their reelection campaigns.

The firebrand ‘Squad’ member pushed $5,000 transfers to the vulnerable incumbents from her Courage to Change leadership PAC, which she created last year to boost progressive Democrats. Many of the House members who received the funds, however, are viewed as moderate in comparison to Ocasio-Cortez, which may not sit well with swing voters in their competitive districts.

According to the filings, representatives such as Pennsylvania’s Matt Cartwright and Susan Wild, New Jersey’s Mikie Sherrill, Nevada’s Susan Lee, and Virginia’s Abigail Spanberger were recipients of Ocasio-Cortez’s cash (full list below).

In a sign that some Democrats view Ocasio-Cortez’s money as toxic, four lawmakers returned the donations days after they hit their campaign coffers. The PAC’s filings show that as of March 31, Georgia’s Carolyn Bourdeaux, Pennylvania’s Conor Lamb, Michigan’s Elissa Slotkin, and Wisconsin’s Ron Kind sent the donations back to Ocasio-Cortez’s PAC.

A number of centrist Democrats, including Spanberger, lashed out at their liberal colleagues on a call following the November elections, blaming the party’s left flank for almost costing them their seat in Congress.

During the call, Spanberger said that she never wanted to hear Democrats use the word “socialist” or “socialism” again, and added that if they had viewed the elections as a success, they would get “f—ing torn apart” in 2022. 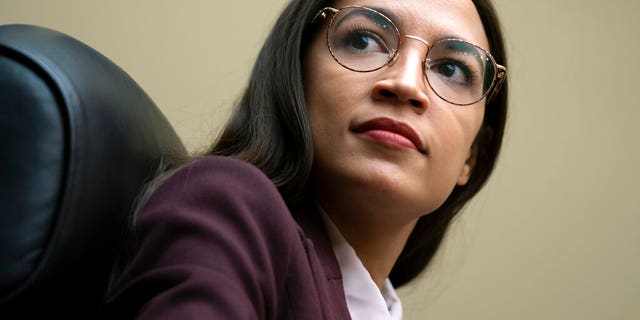 Earlier this month, Politico reported that some lawmakers were privately fretting as the Ocasio-Cortez funds were unexpectedly transferred into their campaigns over fears they could be used to attack them when the elections kick into high gear.

The transfers were reportedly made after Ocasio-Cortez received each campaign’s wire transfer information from lower level Democratic Congressional Campaign Committee (DCCC) staffers. The information was allegedly provided without approval from top brass at the DCCC. Ocasio-Cortez has feuded with that organization since entering Congress.

All of the lawmakers who received the campaign cash were included on a “target list” put together by the National Republican Congressional Committee (NRCC) as they set their sights on regaining control of the House, where Democrats hold a slim five-seat majority.

Torunn Sinclair, spokeswoman for the NRCC, says that any politician who keeps Ocasio-Cortez’s donation is endorsing her far-left agenda.

“Every vulnerable Democrat who takes Alexandria Ocasio-Cortez’s money has signed onto her insane socialist agenda that wants to defund the police, abolish private healthh insurance and open our borders,” Sinclair said.

AOC’s PAC did not respond to an inquiry on the contributions, including if any other Democrats had returned the money after the end of the first quarter.