Biden not ready to say whether he backs Dem court-packing legislation: White House

President Biden is not ready to say whether he supports legislation introduced by House and Senate Democrats that would expand the Supreme Court and is waiting for the findings of a bipartisan commission he impaneled last week that will be reviewing a range of proposed potential reforms to the high court, the White House said Thursday.

The White House, however, is not weighing in on the legislation, pointing to President Biden’s move last week in signing an executive order to form a commission to study potential reforms the Supreme Court.

“This is a bipartisan group of over 30 constitutional and legal experts who are examining a range of questions about proposed potential reforms to the Supreme Court,” Psaki said. “One of the issues they’ll look at is, of course, the size of the court, but also the court’s role in the constitutional system, the length of service, the turnover of justices, and they are going to come back to the president with a report on what their discussions and findings are.”

She added: “So he’s going to wait for that to play out and read the report.” 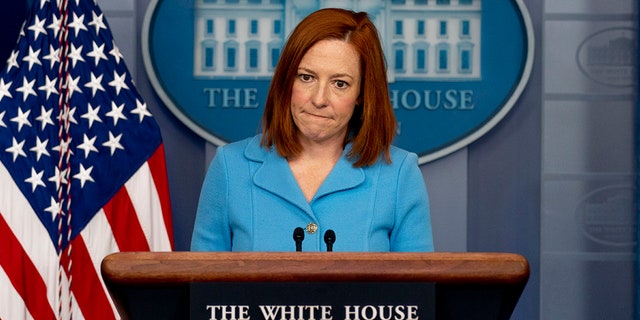 The bipartisan commission includes 36 members and will hold public meetings to evaluate court reforms. The new panel will have 180 days from the first meeting to complete its report on the pros and cons of potential court reforms.

But Psaki, on Thursday, was asked whether the White House was frustrated with congressional Democrats for rolling out the legislation, less than a week after the president formed the bipartisan commission.

“No,” Psaki said. “The president believes it is important to take a look at a range of points of view, whether progressive or conservative—different sets of legal opinions.”

She added that the president “looks forward to assessing that himself,” and said that she expects “he will not have more to convey about any recommendations or views he’ll have until he reads that report.”

“But he certainly understands members of Congress have a range of views and they’re going to propose legislation,” Psaki explained. “He may or may not support it.”

She added that Biden “believes members of Congress have the right to put forward legislation on issues they support,” and that his view is that “he wants to hear from this commission that has a range of viewpoints.”

Biden has been cool to the idea of court packing in the past, calling it a “bonehead idea” in 1983. During the 2020 presidential campaign he said he’s “not a fan of court packing.”

When asked about the president’s past view on the matter, Psaki said the president was open to taking a “fresh and clear look.”

Meanwhile, in formally introducing the legislation Thursday, Markey also called for a repeal of the filibuster to push forward the bill.

“We must expand the court,” Markey said. “And we must abolish the filibuster to do it.”

The filibuster is a threshold of 60 votes in the Senate that’s necessary before a piece of legislation is given an up or down vote.

If Democrats wanted to establish a new filibuster precedent, they could do so with 51 votes – all 50 senators in the Democratic caucus plus Vice President Harris breaking the tie.

When asked whether the president opposed a prominent Democratic senator linking the filibuster to the issue of expanding the court, Psaki said Biden “believes in freedom of speech.”

“Members can come forward and share their points of view on a range of issues, including the future of the courts,” Psaki said. “He has his own view and he looks forward to seeing the recommendations from—that comes out of this court commission.” 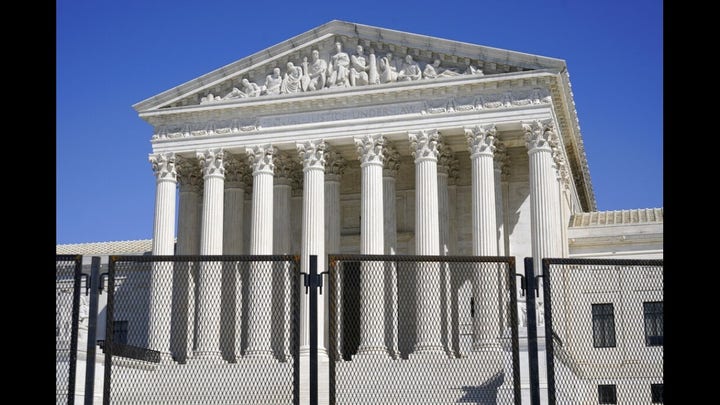 Markey has been pushing an end to the filibuster – as well as expanding the Supreme Court – since last year, after former President Trump nominated now-Justice Amy Coney Barrett to the high court after the death of late Justice Ruth Bader Ginsburg. Trump had three nominees confirmed to the Supreme Court during his presidency.

However, despite Markey’s confidence that his co-sponsored legislation could make it through the House, Speaker Nancy Pelosi, D-Calif., on Thursday said she has no plans to bring that bill to the floor for consideration.

If passed, President Biden would have the ability to add four justices, overcoming the high court’s present 6-3 conservative majority.

Republicans have called the move to expand the court an “assault” on judicial independence, but predicted the move would prove unpopular and ultimately help Republicans in the 2022 midterm elections.