Albert Eisenberg: 'Cancel' student debt? Sorry, Sen. Warren, but I don't want to burden others with my choices

As a college graduate with a significant amount of debt left to repay, I am supposed to “love” elizabeth-warren” target=”_blank”>Elizabeth Warren< recently assured people like me.

Actually, I hate it.

I took on over six figures of student debt for my education, and made that choice consciously.

I came from a family that was fairly comfortable, but we had our financial issues, and even at 18 I was not blind to debt or the cost of living; I had been working since I was 15, and like most young people in America was not in a position to have my way paid for me.

Still, I opted to skip the state school and matriculate to Georgetown, the school of my dreams, crossing my fingers for financial aid and giddy to pursue a world-class education that many would give everything for.

I worked my butt of as an undergraduate to keep myself financially afloat, often balancing multiple jobs and paid internships while much wealthier peers had more leisure time to “play hard” and study. By my junior year at Georgetown, I had earned a rare merit-based scholarship, exclusive to only a handful of students in my class.

I followed my friends to New York and lived in what was then a far-flung, marginal neighborhood of Brooklyn, scrounging to save and pay down the debt. I watched as others spent with abandon, Ubering and picking up bar tabs with their parents’ credit cards (a standard for Georgetown graduates), while I carried my burden on the long trek home on the A train. But I had chosen my path, and I didn’t expect anybody else to pay for it.

What President Biden and Warren are really doing is something that Democrats are masterful at: creating a new special-interest group that will win them votes.

As I worked with my parents to pay down my debt, I felt a sense of pride and accomplishment that those who graduated debt-free did not, and could not, understand. It was the pride of working hard for something, and sacrificing to get there.

Eight years after graduating – and still working my butt off – I have paid off a majority of my debt, and am blessed to have family support in doing so. But I still have a long way to go.

Yet I still don’t expect anybody else to pay off my obligations. And certainly not average taxpayers, the vast majority of whom have not earned a college degree. 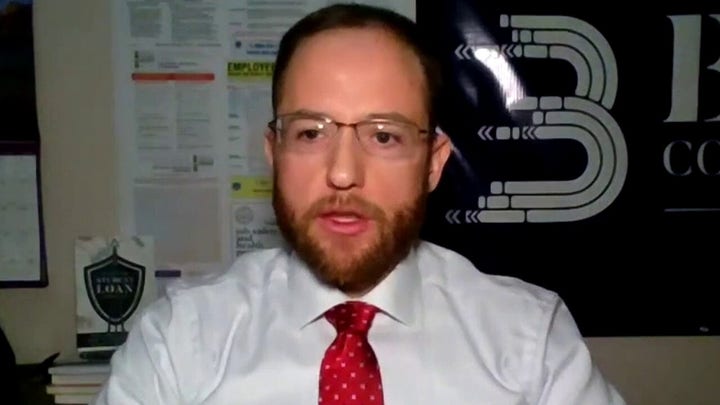 A typical college graduate out-earns his peers by an average of $1 million over his career, according to the Brookings Institute. Thus Warren’s proposal would reward the already well-to-do, with 65% of the benefits going to workers in the highest 40% of households by income. How “progressive” is this?

Some people are intractably mired in student debt, but the data shows this is not a typical scenario. What President Biden and Warren are really doing is something that Democrats are masterful at: creating a new special-interest group that will win them votes. All this, while simultaneously enriching the already well-off.

Eighteen-year-olds go to war. They go to work. They vote. And some are lucky enough to go to school. At 18, I made key decisions that I have had to live with, and they were worth it to me. But they were mine alone. I am living with them – and paying for them. I don’t need anybody else to do that for me.