Two school officials in Broward County, us-regions, which includes Parkland’s Marjory Stoneman Douglas High School, have been arrested in connection with a grand jury probe into the district.

Robert Runcie, who came to the district from chicago” target=”_blank”>Chicago< administration, is accused making unspecified false statements under oath to the grand jury, which is looking into school safety under the Marjory Stoneman Douglas Public Safety Act, possible misuse of state safety funds and fraud.

The act was passed as a response to the deadly Parkland school shooting that killed 17 and injured 17 more on Valentine’s Day in 2018. Then-Gov. Rick Scott signed the new measures into law in March 2018. 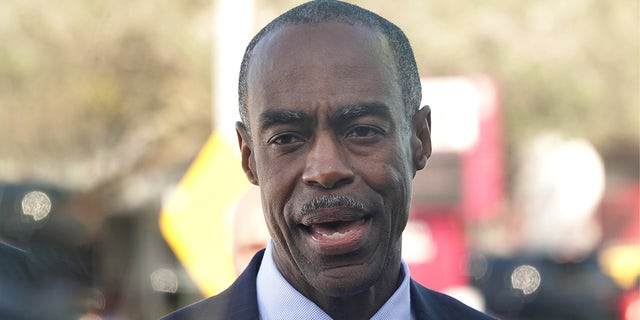 The single perjury in an official proceeding charge is a third-degree felony.

He did not immediately respond to a Fox News request for comment, but his lawyers said in a statement that “politics” were to blame for the arrest and that he would plead not guilty.

“We are confident that he will be exonerated,” they said.

Authorities did not immediately reveal how Runcie allegedly perjured himself – a fact his attorneys called out as they argued he has and would continue to cooperate with the investigation.

Runcie’s critics have claimed crimes, bullying and other problems were routinely underreported at Marjorie Stoneman Douglas and other district schools, and few did voluntary security assessments. Those issues fall under just some of the scope of the grand jury probe.

The Florida Department of Law Enforcement arrested both of them early Wednesday at the district’s administrative building, but neither was listed as still in custody later in the day.

Rosalind Osgood, the chairwoman of the Broward County School Board, did not immediately respond to a Fox News request for comment on the arrests. But in a statement released earlier in the day, she said the district would continue normal operations for the time being.

Runcie, Broward’s first Black superintendent, joined the district in 2011 after attending Harvard and Northwestern universities and spending his early career in business.

He shifted into the education field in the early 2000s and had been the chief of staff to Chicago’s Board of Education, where he made ties with Obama administration officials Rahm Emanuel, a former White House chief of staff and then the mayor of the Windy City, and Arne Duncan, who left the city’s schools to become U.S. Secretary of Education.

He has been credited with increasing the Broward County School District’s graduation rate. But critics have also targeted his lenient disciplinary policies, like the one that allowed Parkland shooter Nikolas Cruz to briefly attend Stoneman Douglas a year before the massacre despite a history of violent behavioral problems.