Jessica Simpson ‘wanted to be a recluse’ amid constant body-shaming, mom says

In her recent genres, “Open Book,” the “Irresistible” songstress included a 2009 journal entry in which she lamented remarks she received about an outfit she wore during a concert.

“Today my heart breaks because people say I’m fat,” Simpson wrote at the time. “Why does the cruel opinion of this world get to me?”

In recent years, Simpson has appeared to brush off social media hate and negativity towards her weight.

After welcoming her third child, a baby girl name Birdie Mae in March 2019, Simpson dropped 100 pounds over the course of a year. 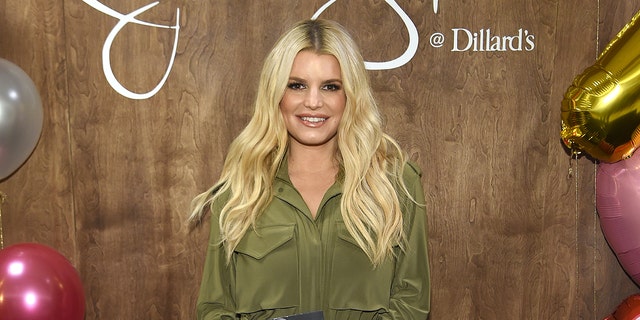 Jessica Simpson dropped 100 pounds over the course of a year after welcoming her third child, a baby girl name Birdie Mae in March 2019.
(John Shearer/Getty Images for Jessica Simpson Collection)

Her personal trainer, Harley Pasternak, revealed in May 2020 the level of commitment Simpson gave him so that she could work herself back to a point where she felt comfortable in her own skin.

“This particular baby no. 3 was… I think she commented to the press that she tipped the scales at 240 lbs, that’s not coming from me, she mentioned that in a post,” Pasternak said. “So, we had our work cut out for us and perhaps more so on this baby than the others.”

“It had to be more than just getting back from her baby weight, but how do I keep whatever I am doing now forever. That’s why we are not a big fan of doing any extreme diet or radical forms of exercise,” he added.

Pasternak had also worked with Simpson’s doctor to create a sustainable meal plan of lean protein and vegetables,” for the star and said Simpson ate three meals a day with two snacks like “parmesan green beans and a handful of almonds.”