“Because if she goes to the U.S. border, people are going to expect her to fix the problem, so she avoids it,” Brandon Judd, president of the 18,000-member National Border Patrol Council, said during an appearance on “Fox News Live.”

“If she goes to the U.S. border, people are going to expect her to fix the problem, so she avoids it.”

Going to the border to view the crisis firsthand is “what the president and the vice president are supposed to do,” Judd added.

During the appearance, Judd also addressed what Border Patrol personnel have been calling a surge in the number of apprehensions of illegal immigrants in the border region. Jenkins said he had been told that agents apprehended more than 1,600 migrants over the preceding 24 hours. 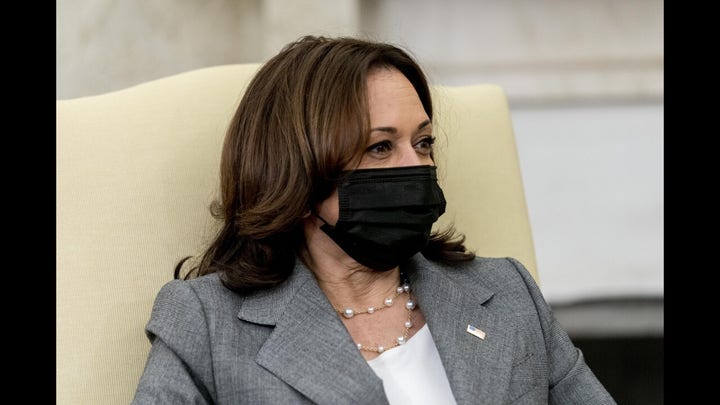 “It’s really getting pretty much at a point they haven’t even seen in their 20-year career,” Jenkins said, referring to his Border Patrol sources.

Judd told Jenkins that the Biden administration’s “catch and release” system – whereby migrants are freed into the U.S. after initially being detained in the border region – simply hasn’t been working.

Judd said he understands that Latin Americans are drawn to the U.S. by the hope of job opportunities and an improved standard of living, but argued that they need to pursue entry into the U.S. in a lawful manner.

“We have the biggest open arms. We want to accept people into this country but we want to do it legally, not illegally,” he said.

He then accused both the right and left of attempting to politicize border issues but claimed the left was doing more harm, arguing the left’s approach was playing into the hands of the cartels that engage in trafficking of people, drugs and weapons.

On March 24, Vice President Harris tweeted that she had been assigned by President Biden to lead the administration’s effort “to address the root causes of migration” in Mexico and the so-called “Northern Triangle” Central American countries of Guatemala, El Salvador and Honduras.

While neither Biden nor Harris have toured the U.S.-Mexico border region since taking office, Harris has met with Ricardo Zuniga, the administration’s special envoy for the Northern Triangle (March 29); and spoken with Guatemala’s President Alejandro Giammattei (March 30) and Mexico’s President Andres Manuel Lopez Obrador (April 7).

Harris has not yet been in contact with the leaders of El Salvador or Honduras, the Los Angeles Times reported last week.