Maren Morris on resenting the ‘unhealthy’ idea of new moms having to ‘bounce back’: ‘It shouldn't be the goal’

maren-morris” target=”_blank”>Maren Morris< music star won big on Sunday night – taking home the events for female artist of the year for the second consecutive year among other awards. Following her wins, the new mom didn’t mince words in driving home the point that being a mother and accepting your body for the superhuman strength it was able to provide in bringing a baby into the world is something women shouldn’t have to “erase” from their psyche – and the evidence of said spectacular feat should be championed.

“I think just my appreciation and sort of innate fascination with women has made me feel like a stronger one in a very hard year of having a child during a infectious-disease – it being my first child – having a C-section, like all these things kind of went crazy awry,” Morris, 30, said during a virtual press conference backstage in Nashville, Tenn., of her willingness to be open about her image struggles.

“I have looked to so many women in my life that are mothers and also that aren’t mothers that are just bada– chicks that have given me so much respite in a year where so much didn’t go as planned,” she continued. “But no, I definitely couldn’t have gotten through all of this or found my confidence through new motherhood without women in my life.” 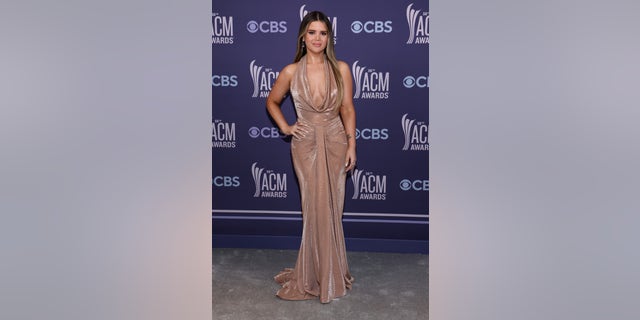 Morris and her husband, Ryan Hurd, welcomed their 12-month-old son, Hayes Andrew, via an emergency C-section in March 2020.

The ACM Award winner for song of the year for her smash hit, “The Bones,” went on to tell reporters that she resents the normalization of women having to “bounce back” after giving birth and laments the idea of “erasing the fact that you’ve had a kid.” She added that she loves the newfound curves she developed during pregnancy and isn’t in any rush to get rid of them.

“It was important for me to realize it. And I realized that if I am coming to grips with this realization, I can’t be the only one,” the “I Could Use a Love Song” hitmaker told reporters “And especially as a new mother during COVID, I think that bouncing back and not just COVID, but any time, we’re always extremely pressed to erase any evidence on our body that we had a child, that we housed a child for nine, 10 months. So I just realized how unhealthy that was for me and my workout journey to be like I need to get back to where I was before because that’s not really the goal. It shouldn’t be the goal to just sort of erase the fact that you’ve had a kid.”

Morris added that she is “really proud of where my body is right now, even if it is several pounds heavier” simply because she “did something that half the population can’t do.” 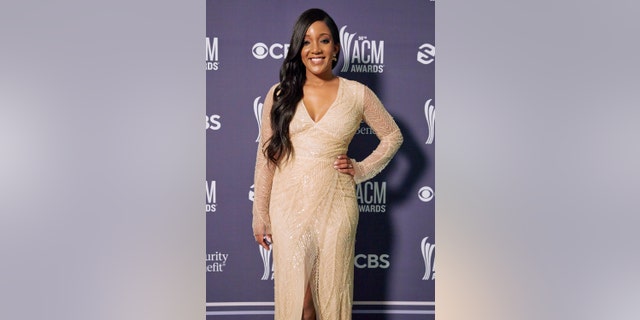 “So I think that’s pretty f–king rad – that’s kind of how I came to that epiphany myself,” Morris recalled. “And I was like, ‘I’m going to share this.’ I’m really proud of where I am in my journey. And I’m not a stick, but I love the fact that I’ve got curves now. And that proves that I did something really amazing and wonderful with my life so that’s kind of where I was at.”

At the end of the day, Morris said regardless of whether a woman has birthed a child or not, “it’s like – who cares?”

“Just enjoy working out if you want to do that, enjoy eating rich, hearty foods like I did last night – like I was eating short ribs before the ACM Awards. Do it all – who cares.”

Morris also didn’t stop short of showing love to ACM Awards co-host Mickey Guyton, 37, – also a recent mother who just welcomed her first child in February. Morris said there was no way she would have been able to pull off the gig as well as Guyton did on Sunday and called the evening’s display the “Mickey Show.”

“Mickey just completely slayed it tonight,” Morris praised. “I can’t even imagine with a newborn how much goes into hosting a show of this magnitude. And she pulled it off with such aplomb and grace and just wits – I would be so awkward up there. I already am in general, and she just is such a pro. And also her performance left me in tears. So she just killed it.”