IN WAKE OF VIRGINIA VICTORY, GOP ENERGIZED TO FLIP MORE GOVERNORSHIPS IN 2022

“Only in America do countless families like mine have the opportunity to achieve the American Dream,” Rinke, a former owner of the Rinke Automotive Group, one of the nation’s oldest car dealership groups, said in a statement. 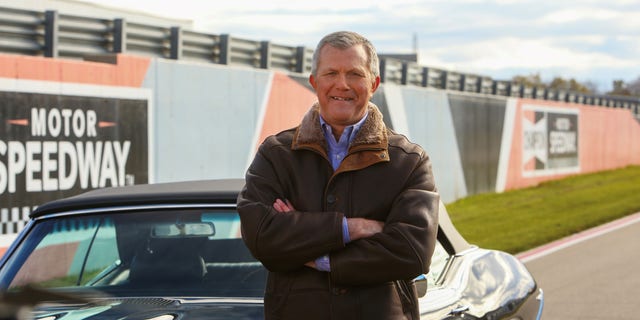 Republican businessman Kevin Rinke on Nov. 22, 2021 announced is candidacy for governor in Michigan

“My grandfather started one of the first GM franchises here in Michigan over 100 years ago.  I started working in our family business at the bottom – clearing trash, cleaning restrooms, and washing cars.  At 26-years old, I took the helm and helped build and grow our company into one of the most successful automotive groups in the country,” Rinke highlighted.

And he charged that “in Gretchen Whitmer’s Michigan, that American Dream is under attack.  The problems are painfully clear: a tyrannical government ruled by career politicians; small businesses shuttered across the state; voting irregularities that threaten the integrity of our elections; critical race theory that indoctrinates, not educates, our children; and a governor who acts like a monarch, not an elected leader.”

Rinke’s ability to self-fund helps him to stand apart from many of the 10 other candidates already running for the Michigan gubernatorial nomination. The list of other candidates includes former Detroit police chief James Craig, chiropractor Garrett Soldano, who helped lead a ballot drive to repeal the law Whitmer used to issue COVID-19 restrictions, and former online news host Tudor Dixon.

The winner of next August’s GOP primary will face off next November with Whitmer, a former Michigan state Senate Democratic leader and county prosecutor who defeated then-state attorney general Bill Schuette in the 2018 election. While the Republican Governors Association is targeting Whitmer, beating the Democratic incumbent won’t be easy. Whitmer’s built an impressive war chest and had $12.6 million in her campaign coffers as of the end of October.

But Rinke argues that Michigan voters “want a leader to put an end to Gov. Whitmer’s assault on our values and our way of life. I’m fighting for their kids, their jobs, and their future, and I won’t back down.”

And Rinke, in his ads, charges that Whitmer “acts like a queen.”

In the spots, which focus on his background and his criticisms of Whitmer, Rinke also says that he’s “running for governor because in Michigan, we don’t get taken for a ride. We drive.”