Test drive: The 2021 Ford F-150 PowerBoost hybrid lives up to its name

When Ford redesigned the F-150 for 2021 it stuffed in pretty much everything but the kitchen sink.

But you can use it to run an outdoor kitchen, or a construction business, a landscaping outfit, a campsite … I’ll get to that in a minute, but first the basics on the truck. 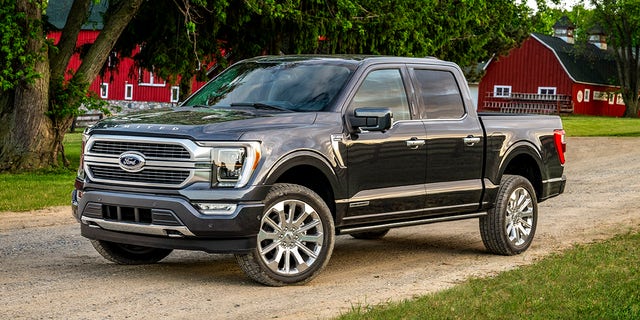 The 2021 F-150 is an evolution of the radical aluminum-bodied pickup that was introduced in 2015 and features an updated body that’s both familiar and fresh. 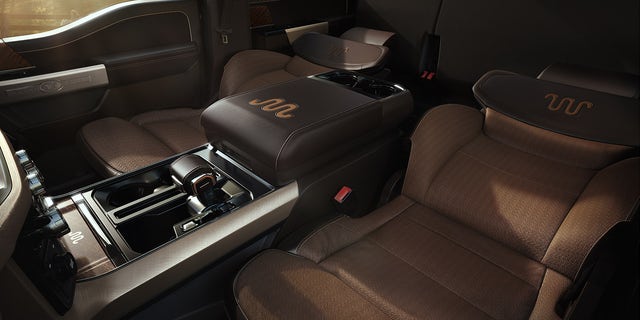 The interior has received a similar overhaul with improved materials, an available full-digital instrument cluster, widescreen infotainment display and optional massaging Max Recline front seats that can lie nearly flat to turn the F-150 into a short-stay hotel. A retractable gear lever even allows the armrest to flip forward and create a desk that lets you “work from home” just about anywhere.

The F-150 is launching with a Russian roulette of six powertrains to choose from that includes the latest versions of its 3.3-liter V6; 2.7-liter and 3.5-liter EcoBoost turbocharged V6s; 5.0-liter V8; and 3.0-liter turbodiesel, but it’s the last one that packs the most punch.

It’s the F-150’s first hybrid drivetrain, which combines a turbocharged 3.5-liter V6 with a 10-speed transmission that has an electric motor integrated into it. Ford calls it the PowerBoost, and with good reason. Its total output is 430 hp and 570 lb-ft of torque, making it the most potent choice on the options list. 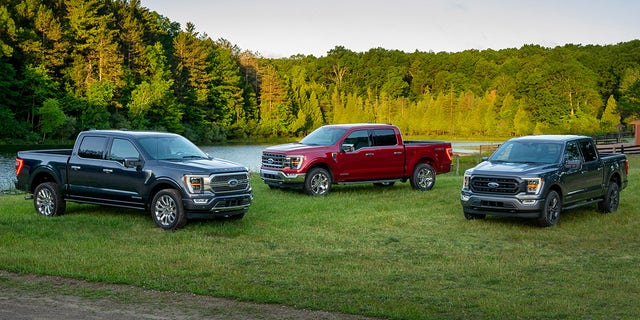 The most efficient, too. The PowerBoost has an EPA rating of 24 mpg combined in 4WD models, with identical 24 city and 24 highway numbers. Ford is still waiting on the test results for 2WD applications, along with the diesel’s, which delivered 24 mpg combined on the strength of a 28 mpg 4WD highway rating last year.

I tested the PowerBoost in a fully loaded F-150 Platinum SuperCrew 4×4 and it felt as strong as its name implies, delivering tremendous thrust as the electric motor chips in to fill in any gaps left by the V6. Not that there are many. It’s mostly unobtrusive on the move, but there is a small shudder when the engine turns off and on as you come to a full stop and pull away from one. 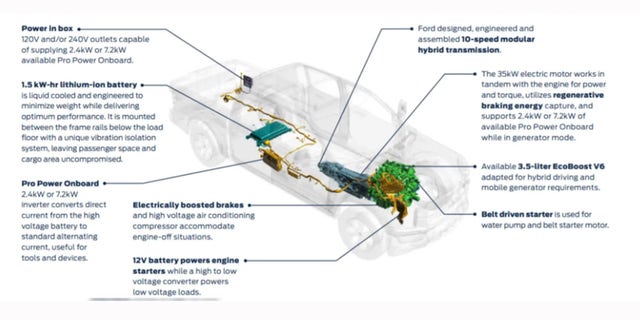 The PowerBoost is equipped with a 2.4-kilowatt inverter that turns the drivetrain into a generator, and it can be upgraded to a 7.2-kilowatt version for $750. There’s a panel in the bed full of outlets that you can plug literally anything into, from tools and lawnmowers to an electric range and a refrigerator for alfresco dining.

Ford calls it Pro Power Onboard and says the 2.4-kilowatt system can provide power for up to 85 hours per tank and the 7.2-kilowatt system 32 hours. There’s also a 2.0-kilowatt version that’s optional with the 2.7-liter EcoBoost and V8. 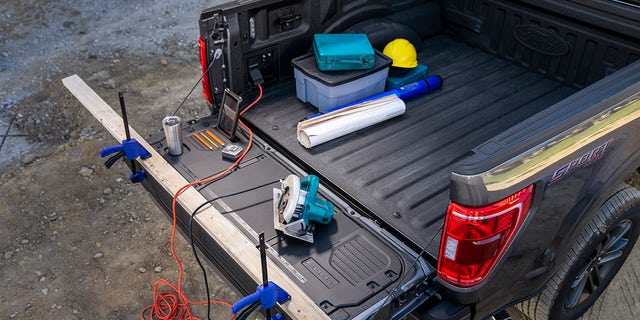 It is a unique and compelling offering that can eliminate the need to devote space and effort to lugging around a portable generator, and it works while the truck is in motion, so you can save time by charging batteries in transit.

The F-150 Platinum is bank vault-silent when you are on the road and its ride quality a step up from the outgoing model’s. It’s still a smidge behind the smoothness of the class-leading Ram 1500, but probably not enough to make a difference to Ford fans. The cabin trim is top-notch all around, but that trick gear lever does have a little play in it that makes it feel flimsy. Old-schoolers can still get a stripped XL with a column shifter, bench seat and roll-up windows if they don’t have time for modernity. 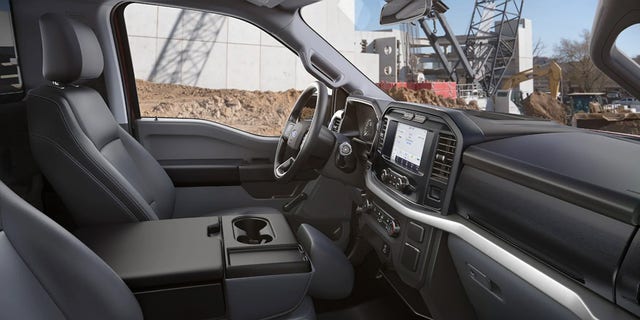 The F-150 has plenty more of that. Ford’s Co-Pilot360 driver aid package with automatic emergency brakes is standard on all trims above the XL and it can be upgraded with adaptive cruise control and a robust lane-centering system that requires you to keep your hands on the wheel to function. Starting next year, you won’t have to. 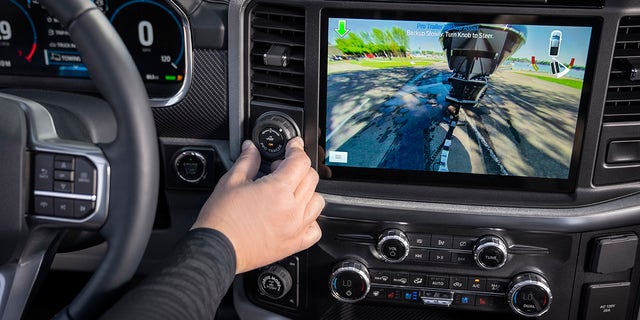 The 2021 F-150 also offers an optional Pro Trailer Backup Assist that steers the vehicle in reverse as the driver uses a knob on the dashboard to point it where it wants it to go.
(Ford)

The F-150 Lariat, King Ranch, Platinum and Limited can be ordered with a prep kit for Ford’s upcoming Active Drive Assist feature, which will allow for hands-off driving on over 100,000 miles of highway, relying on hyper-accurate maps and GPS. It uses a driver-monitoring camera and infrared sensors in the dashboard that will make sure you’re ready to take back control when needed. The software that will enable it will be sent to the trucks via an over-the-air update in late 2021, and additional functionality will be added in the future.

Cadillac currently offers a similar feature called Super Cruise, which Consumer Reports rated the best of its kind, ahead of Tesla’s Autopilot. Ford will be taking on Tesla in a couple of years with an all-electric F-150 that will be the most powerful model when it arrives, but the PowerBoost is electrifying in its own ways.