alexandria-ocasio-cortez” target=”_blank”>Rep. Alexandria Ocasio-Cortez< at 15,000 for this fiscal year, the same levels set by the Trump administration — with the Democratic congressman calling the levels “xenophobic and racist.”

“Completely and utterly unacceptable. Biden promised to welcome immigrants, and people voted for him based on that promise,” Ocasio-Cortez tweeted.

BIDEN TO KEEP REFUGEE ADMISSIONS AT TRUMP-ERA LEVELS, DESPITE EARLIER MOVES TO INCREASE IT

The Trump administration dramatically reduced the number of refugees the U.S. brought in every year, down to just 15,000 for FY2021.

A senior administration official said Friday that Biden will be signing an emergency presidential determination to keep the number at 15,000 while changing the regional allocation of who is brought in — allowing more slots from Africa, the Middle East and Central America, while ending restrictions on Somalia, Yemen and Syria.

However, hours later the White House issued a new statement, saying that Biden will set “a final, increased refugee cap for the remainder of this fiscal year by May 15.”

Biden had said in February that he would increase the cap to 125,000 for the next fiscal year, which begins in October. He also said he would work with Congress to make a “down payment” on that number. In the meantime, Secretary of State Antony Blinken proposed to Congress lifting the cap to 62,000 for this fiscal year.

White House press secretary Jen Psaki Friday conceded there had been a delay, and tried to shift blame onto the Trump administration. 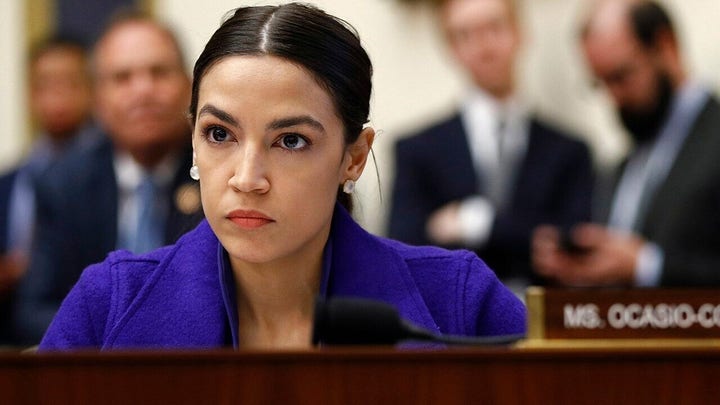 “It took us some time to see and evaluate how ineffective, or how trashed in some ways the refugee processing system had become, and so we had to rebuild some of those muscles and put it back in place,” she said.

However, an earlier report said that Biden had become concerned about political optics of raising the cap amid a surge in migrants at the southern border that has overwhelmed officials — although refugees are handled by separate systems to asylum seekers at the border.

But the announcement infuriated the left, with a number of activist groups and left-wing Democrats condemning the move — of which Ocasio-Cortez was one.

“Upholding the xenophobic and racist policies of the Trump admin, incl the historically low + plummeted refugee cap, is flat out wrong,” she tweeted.

A senior administration official said the administration intends to use all 15,000 slots under the new declaration and did not rule out working with Congress to add more to that number. They also said it takes into account global challenges like the COVID-19 pandemic.