In Episode 2 of “The Unauthorized History of Taxes” — a Fox Nation special anchored by Bret Baier — Fox Nation explores the lead-up to the establishment of the Internal Revenue Service and President Lincoln’s institution of the first federal income tax.

With the North being the main manufacturing center, the institution of tariffs had an outsized financial effect on the South — which often relied on either the North, the English, or the French for their goods.

“Tariffs have a history of having a lot of corruption and cronyism — it was a lot about whom government officials knew,” explained Veronique de Rugy, a research fellow at George Mason’s Mercatus Center in Northern Virginia.

FOX NATION EXPLORES ‘THE CURSE OF TIPPECANOE’ AND ITS POSSIBLE ROLE IN PRESIDENTIAL ASSASSINATION ATTEMPTS, DEATHS IN OFFICE

That cronyism, the Fox Nation special explained, however, may have kept the size of government at around 3% of U.S. GDP.

For context, government spending is at 21% of GDP in the FY-2021 federal budget.

Political cartoons at the time, shown on the special, portrayed the ‘fat’ bosses of big oil, sugar barons, and iron executives benefitting from the practice.

That inequitable environment between the agrarian South and industrial North led one prominent Southern politician to try to “pull a fast one” on the Northerners. 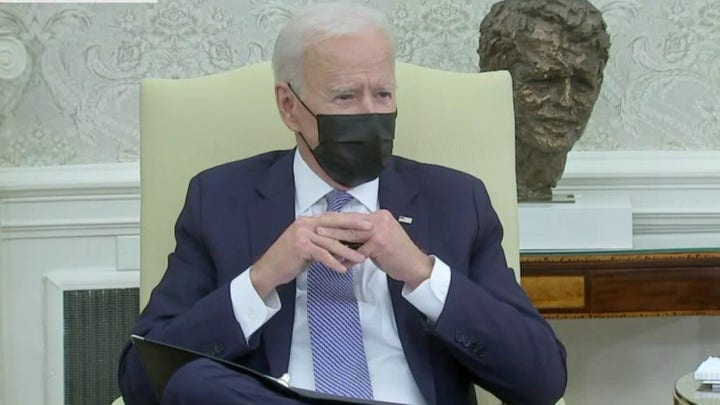 Calhoun, a vigorous opponent of tariffs – having hailed from a state seen as often harmed by them – came up with a 38% tariff on some imported goods and 45% tariff on raw materials, thinking the rates were so outrageous that his political opponents would balk.

The plan backfired, Fox Nation explained. Americans for Tax Reform founder Grover Norquist described the new law as “punitive to the South” due to its lack of “manufacturing base.”

Calhoun and his Palmetto State politicians later considered not enforcing the new federal tariffs, by which President Jackson — a unionist Democrat — was not amused.

The Fox Nation special described how the new onerous tariffs led to chatter about “Civil War” in 1830 — 30 years before the first shot was fired in that same state at Fort Sumter; Charleston.

At a White House toast, Jackson reportedly locked eyes with Calhoun and issued a subtle warning against pushing back on the new tariffs:

To watch “The Unauthorized History of Taxes” visit Fox Nation and sign up today.