Attorneys in the trial of former Minneapolis police officer Derek Chauvin finished closing arguments on Monday  following weeks of testimony as the nation braces for a verdict while jurors deliberate.

Attorneys from both sides are seeking to distill three weeks of testimony in order to convince jurors to acquit or convict Chauvin on second- and third-degree murder and manslaughter charges in the death of George Floyd on May 25, 2020. Jurors in Hennepin County District Court first began hearing testimony in the case on March 29.

The deliberations come amid heightened safety concerns after a military and minneapolis-st-paul” target=”_blank”>Minneapolis< neighborhood security team was fired upon over the weekend in a drive-by shooting.

Meanwhile, no team members were seriously injured in the drive-by shooting on Sunday. Two National Guard members sustained minor injuries from the incident. One Guardsman sustained an injury from shattered glass requiring additional care and was taken to a local hospital, according to a statement. The other Guardsman received only superficial injuries. 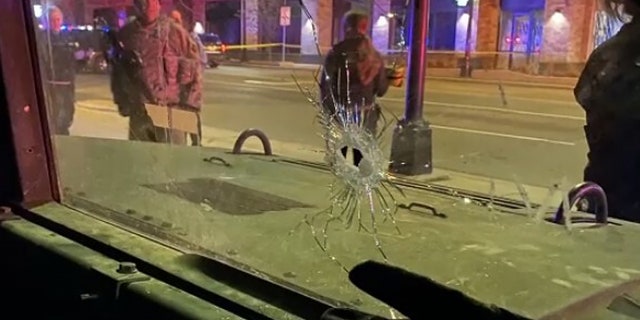 The Minnesota National Guard is activated as part of Operation Safety Net, a joint effort among the Minneapolis Police Department, Hennepin County Sheriff’s Office, the state of Minnesota and local jurisdictions to protect people, freedom of speech and property during the Chauvin trial as well in as the aftermath of the police-involved shooting of 20-year-old Daunte Wright in Brooklyn Center.