A manager in England explained why he’ll be economy to live, not living to work, in a now-viral LinkedIn post about balance after suffering a heart-health”>heart attack.< reports. Frostick is a regulatory program manager for investment bank HSBC in London, and had a wake-up call when he realized he was having a heart attack – and his mind raced to his to-do list at work. The man reflected on the cardiac emergency and his plan now in a viral LinkedIn post which has received over 205,000 likes since hitting the platform last week. 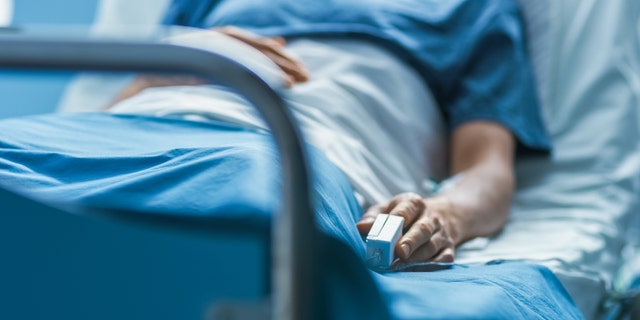 The man is recovering at home following the medical emergency earlier this month, and thinking bigger picture about what truly matters in life.
(iStock)

After a “pretty standard” Sunday, which included morning coffee, time at a local park, shopping and a late lunch, Frostick sat down to get organized for the work week and began experiencing frightening chest pains.

“I didn’t get a flash of light, my life race through my mind,” he admitted, explaining his thought process went follows:

Catching his wife’s attention, emergency services were called and the man was soon hospitalized. In reflection, Frostick said the near-death experience forced him to evaluate his priorities and realize change was dire.

“I’ve since made the following decisions whilst I’ve laid here, on the basis I don’t die,” he said, outlining his new goals.

“1. I’m not spending all day on zoom anymore, 2. I’m restructuring my approach to work,” he began, adding that he was done with nonsense at work because “life literally is too short.” Committed to a better balance, Frostick also said he wants to lose 30 pounds, make every day count and spend more time with his family.

The post has since been flooded with over 10,000 comments, as hundreds chimed in to share similar stories, saying how stress-induced heart attacks made them or their loved ones realize what really mattered. Many wished Frostick a speedy recovery, and said his story helped them put things in perspective.

Opening up more, the author told Bloomberg said that working remotely during the coronavirus pandemic has blurred lines between work and home for the worse – though he doesn’t blame his employer for what happened to him.

“Whereas before I would finish sensibly anywhere between five and half six, I’d be finding myself there on a Friday at 8 o’clock at night exhausted, thinking I need to prep up something for Monday and I haven’t got time, and I started then to actually work weekends,” Frostick, 45, said. “That’s my responsibility. I think that was probably for me where it was those blurring of boundaries.”

Now, the father of three young children – and manager 20 employees – says he hopes his story of overwork serves to teach others a lesson.

“I owe a responsibility to myself and other people,” Frostick said. “This happened to me, this could happen to you. You need to change that.”