Another day, another TikTok real estate review.a><, most notably voicing disdain for a dramatic skyscraper in New York City she’s christened the “worst building in the world.” 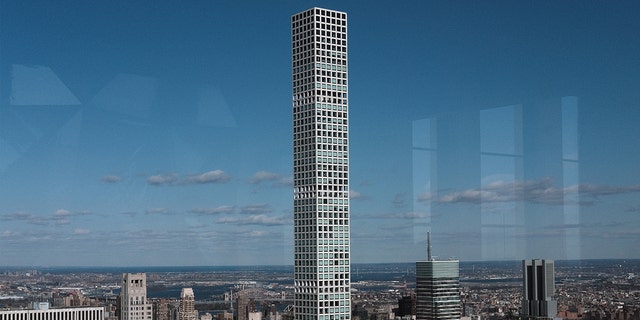 Last month, 16-year-old Louisa Whitmore from Canada took to TikTok to voice her frustrations with 432 Park Ave. in Manhattan. Whitmore’s first two critical clips ono the 96-floor residential skyscraper of luxury condos overlooking Central Park have since racked up a combined 3.3 million views. To date, she’s self-produced about 15 videos on the building and drawn a following of nearly 230,000.

I’m probably going to post about 432 park sporadically as I find out more things about it!! (as I am 100% sure more things will come out about it)

“For the past three years, I’ve had this specific, firmly held belief in my mind that this building, 432 Park Ave. in New York City, is the worst building in the world,” she said in the opening clip. Acknowledging that the opinion was purely personal, the TikToker said she felt “so vindicated” that life in the high-rise might be less than luxurious, referencing a New York Times report alleging issues with maintenance and management at the exclusive address.

“Residents of the exclusive tower are now at odds with the developers, and each other, making clear that even multimillion-dollar price tags do not guarantee problem-free living,” the outlet claimed. “The claims include millions of dollars of water damage from plumbing and mechanical issues; frequent elevator malfunctions; and walls that creak like the galley of a ship.”

Delighting in the drama, Whitmore said that “73% of mechanical, electrical and plumbing components were not up to the design, and almost a quarter of them presented an actual threat to their lives!”

i know I talk fast but I’m literally so passionate about my hatred for this building!!!!! #432parkavenue #fyp #newyork #nyc

According to an official availability page, two units are currently up for sale. A 1,988-square-foot space is asking $6.9 million, while a 4,000-square-foot unit is listed for $16.9 million.

In a more recent rant on the 1,397-foot skyscraper, which is one of the tallest residential buildings in the world, the critic called the building an eyesore and poking fun at the fact it’s not technically on the prestigious Park Ave.

“It’s on 57th St., only a couple of buildings over,” she pointed out. “There is a boutique that’s technically part of the building that’s on Park Ave. which is how they get that swanky address.”

Though the TikToker has changed her name on the profile from “432ParkAveHatePage to “LouisaTalksBuildings” as she’s expanded her portfolio in critiquing other buildings, she’s insisted her disdain for 432 Park Ave. is as searing as ever.

“It stands out so much that you kind of have to look at the building, but the only people who live in it are incredibly rich people who do not want you to know about them, which makes no sense,” Whitmore told Curbed last week.