Test drive: The Cadillac Escalade's hands-free Super Cruise lives up to its name

Perhaps they should call it Superlative Cruise. 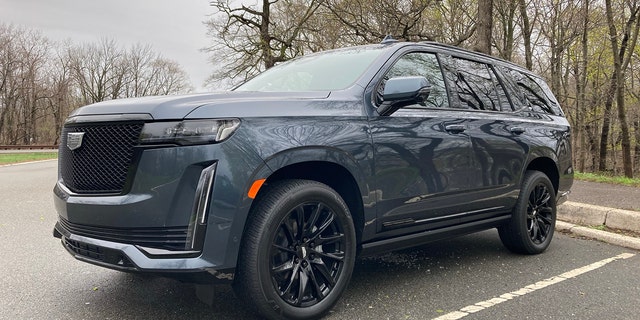 It adds a lane-change feature to the original lane-centering adaptive cruise control that first launched with the 2017 Cadillac CT6.

The system uses cameras, radar, ultrasonic sensors and a database of 3D maps that were created with lidar scanning and cover over 200,000 miles of highways in North America where it is capable of operating.

Facial recognition technology, which does not record any video, monitors drivers to make sure they are watching the road in case any emergencies arise and they need to take over. Look away for too long, close them or doze off and the system will begin a disengagement sequence that ends with the vehicle slowing down, turning on the hazard lights and calling for help.

It will also give you plenty of notice if it is approaching a stretch of road where it knows it won’t work, which includes those with cross streets or without a divider, and do the same if the camera notes a discrepancy with the 3D map imagery.

I’ve used previous versions of Super Cruise in the CT6 and Bolt EUV crossover, but was a little hesitant to try it in something as large as an Escalade. I shouldn’t have been. Jumbo jets have autopilot (the original kind, not Tesla’s) and the size of a vehicle really shouldn’t matter to the computers driving it.

Apparently, it doesn’t, because Super Cruise worked flawlessly in the Escalade and better than the last Autopilot-equipped Tesla I tested on the same roads. It tracks straight down the middle of the lane without making any sketchy moves and is a good backup in a wide vehicle even if you prefer keeping a hand on the wheel.

It will negotiate curves as sharp as you’ll find on most multi-lane highways and even managed to stay engaged as the Escalade steamrolled through an enormous pothole that required the steering to make some quick corrections.

It took me about five minutes to get comfortable with it and went for miles and miles without a glitch. Although I went out of my way to use it to evaluate it, I’m pretty sure I often would if I owned a vehicle equipped with it.

That will become easier in the coming years as GM will be rolling it out across its brand’s lineups as they are replaced and expanded, with the GMC HUMMER EV next up to get this latest edition, which will be upgraded with additional capabilities as the software is developed.

Along with the lane change, Cadillac said the current edition can also follow a lane that you’re already in across an interchange, but I didn’t come across any of those during my test drive route.

GM has the market cornered with this kind of hands-off driver aid for the moment, but Ford, Jeep and Lexus are all expected to roll out similar features over the coming year, while Tesla continues to advance the functionality of its Full Self-Driving system and has started to test an in-car camera as a driver awareness monitor, but technically still asks drivers to keep their hands on the wheel.

The price in the Escalade varies with the model, but it’s essentially a $2,500 option. However, after the first three years will require a connected services subscription to operate that’s priced at $25 per month or less as a bundle with GM’s OnStar system.

A part-time chauffer/wingman would probably run a bit more than that.